Thank you Bweaves, one simply must have every kind of blue pearl don't you think...For science...

Charlotta, your blues are lucious!!

Love how your new strands turned out Red! So glad to hear you are doing well.

The blues! My favorite!

Thank you lary007, I love blues as well.

Mismatched Tahitian studs from Kamoka. These are different than my black and white studs (which are dark purple and light blue). This pair is peacock and lavender.
Long Tahitian keshi tin-cup from Kojima. 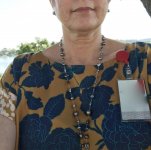 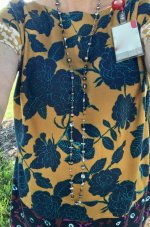 All from Kojima. Tahitian and opal drop earrings. Tahitian ombre' drop tin-cup. Long mixed tin-cup. Everything Bagel rope. Mom's opal ring (but I forgot to take a photo of that) to match the opals in the earrings. The color is off in the photos. The linen dress is seafoam green color. 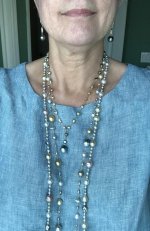 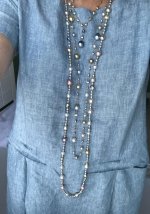 Let's see if I can correct the color. This looks closer to real life. 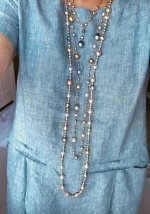 I really love those tin cups and rope, BWeaves. Glad to see you’re able to get into your pearls again!

Our weather is turning, too. Still warm enough during the days, but the mornings are cooler.

A baroque freshwater tin cup I made, with the big Tahitian drop pendant with bumpy bail from Kojima. The feather pearl necklaces are also from Kojima Pearl. 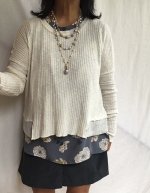 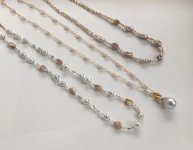 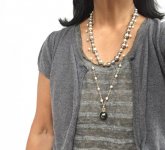 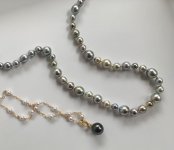 Wow, BWeaves! Your long ropes and combos are so wonderful! I love seeing your pearls again (and linen, too)—I've missed them. Probably not as much as you have missed wearing them, though.

Jeg, your 'SeaGlass' necklace leaves me weak in the knees, every time I see it. It is sublime.

I love the beautiful rope stands combination. And those pendants are oh so pretty....brings on a big ole smile ! Love both of the colors and those shapes. Lovely

HELLO, Cathy! We love you, too!

Tahitian ring from Hong Kong. (The pearls are actually round.) The pendant is from Tahiti Pearl Market/Margo Pearls. Unfortunately they have since closed their Hawaii location. It is made up of 6 individual slides. They can be worn separately or arranged any number of ways. 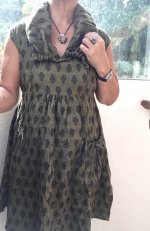 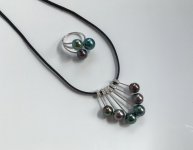 Two multicolored Tahitian strands. One is a Kamoka strand from Ruckus 2018, the other is from Hawaii. 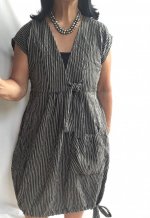 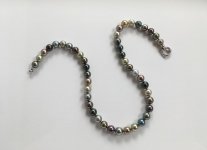 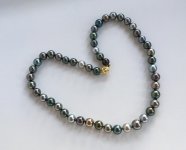 Gorgeous Tahitians, Jeg! I love the pairing of the ring with the multi pendant necklace! And your double stack of strands...wonderful. Such luster!!

WOW, looking wonderful Jeg ... what a treat to see. That B & W striped dress is especially sharp!
Cathy