Cortez pearls are pearls grown in the "Rainbow Lipped Pearl Oyster" or Pteria sterna from the waters of the Gulf of California -or Sea of Cortez- in Mexico.

The History and Comeback of Cortez Pearls

Emerging once more from the clear waters of the Gulf of California, after decades of protection, is Mexico's most emblematic gem: New World Black Pearls. In 1533, the Spanish Conqueror Cortez sent the very first expeditions into the area to find the mythical Sea of Pearls. Soon, the area known as the "Vermillion Sea of Cortez" officially known as the Gulf of California - produced some of the finest known pearls in the world: the Sea of Cortez Pearl. These prized gems became New Spain's most important export product, with a price so high that their value was over double of that of all other combined exports to the Old Continent: gold, silver, and spices. It was at this moment in time when Mexican black pearls came to be known as the "Queen of Gems and Gem of Queens", helping to adorn European nobility like never before.

Sea of Cortez Pearls originate from two species of mollusks that inhabit the Pacific coastline: the Panamic Black-Lipped Oyster (Pinctada mazatlanica) and the Rainbow-Lipped mollusk (Pteria sterna) both capable of producing pearls of incredible beauty. 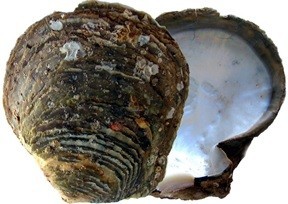 The Rainbow-Lipped Oyster produces pearls of highly unusual colorations and intense iridescence, thus producing a pearl that is clearly distinguishable from all others. 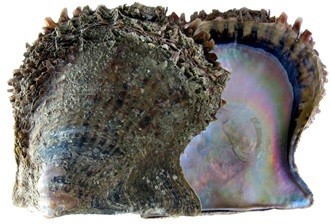 Because of their demand, the natural pearl beds were fished constantly for pearls and pearl-shell, so in 1939 a permanent fishing ban was imposed to save the few remaining pearl oyster populations, ending up a 400-year reign for the Gulf of California black pearl. Nonetheless, this period left a clear mark in the history, culture, and traditions of northwestern Mexico: a living history of legends, stories of sadness and glory.

Nowadays, these cultured pearls are produced in Mexico's Gulf of California: Bacochibampo Bay, Guaymas, Sonora. Pearl culture began in the region in 1993 as a university research program, but by 1996 a commercial production of 20,000 Mabe was achieved. Loose cultured pearl production began in the year 2000. The only marine cultured pearl farm in the Western hemisphere is a medium-sized farm, with some 200 thousand oysters grown in a suspended culture system, with a yearly output of 3-4 kg of cultured pearls, and five thousand Mabe pearls.

The Culturing Process for Cortez Pearls

The culture process is continuous and has a minimum production term of 4 years: 2 years for the mollusk's grow-out period, and an additional 2 years to produce cultured pearls. The pearl seeding operation is proprietary and known only to the original pearl research team.

Each adult, (2 years old, 8 to 10 cm in diameter) Rainbow-Lipped Oyster (Pteria sterna) is seeded with only one American freshwater shell-nucleus, ranging in size from 2.1 to 3.3 bu (6.5 to 10.0 mm) and a piece of mantle tissue from a donor oyster.