Pearl treatments are defined as any action other than polishing which alters a pearl's appearance which may include:
Pearl Treatments just after Harvesting

After harvest, most pearls are always processed in one way or another. This processing may be subtle or less so.

South Seas, Tahitians and Cortez pearls are usually just washed and will undergo minor tumbling with waxed bamboo chips or coarse salt, and that will be the extent of the processing. 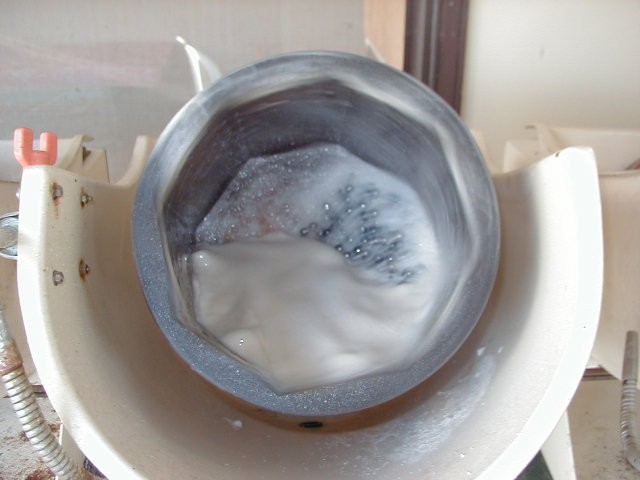 On the other hand, Akoya and freshwater pearls are routinely bleached and polished before sale.

However, there are treatments that should be noted with cultured pearls that change the aesthetic qualities of the gem. These treatments should be disclosed -in most countries, by Law- by the seller.

When a low-quality cultured pearl is cleaned and polished, and still does not have a good luster, the farmer is left with a few options: If the pearl is a good candidate for treatment, this is the most common and economically sensible approach for the farmer.

There are three main treatments that low-quality pearls undergo:
More on Maeshori

"Maeshori" It is a Japanese word that means "before (mae) treatment (shori)" or what we would call a Pre-Treatment.

It is a treatment used on all akoya, freshwater and some South Sea. Maeshori treatments vary from factory to factory, but it tightens nacre crystals and pulls moisture out, which will enhance the pearl's luster; but it has the issue of turning the pearl's nacre brittle. In freshwater pearls that have been over-treated, the pearls will turn "chalky" in short order.

Silver nitrate has been used for many decades to darken the appearance of pearls. The chemical penetrates the layers of nacre and has a chemical reaction with light and hydrogen sulfide gas to create a very dark, black color.

If the farmer wishes to create colors other than black, he may also use organic or inorganic dyes to produce another color variation. This is a very popular treatment done to freshwater pearls, as the lower values give farmers more opportunity to experiment.

Akoya pearls are also routinely "pinked" to enhance a more desirable rose overtone. This is done after drilling and bleaching have taken place, and then the pearls are placed in a solution with Aniline or other red dyes and left there until the color is absorbed through the drill hole.


Irradiation as a Pearl Treatment

Irradiation -by means of Gamma ray bombardment, using a Cobalt tube- has differing effects on freshwater and saltwater cultured pearls.

The gamma rays do not affect the nacre of saltwater cultured pearls, but in fact darken the nucleus of the pearl. An irradiated saltwater pearl will look gray or blue colored. Why is this so? marine pearls do not contain Manganese, since salt makes it insoluble, and it is this element that is altered with this process. So, the color altering is done only on the nucleus.

The nacre of freshwater pearls, on the other hand, when affected by gamma rays can become very dark. Some of these freshwater treated pearls will also have an intense metallic sheen and iridescent orient over their surface. Why? Manganese is freshwater soluble and ends up being a normal component in freshwater nacre. 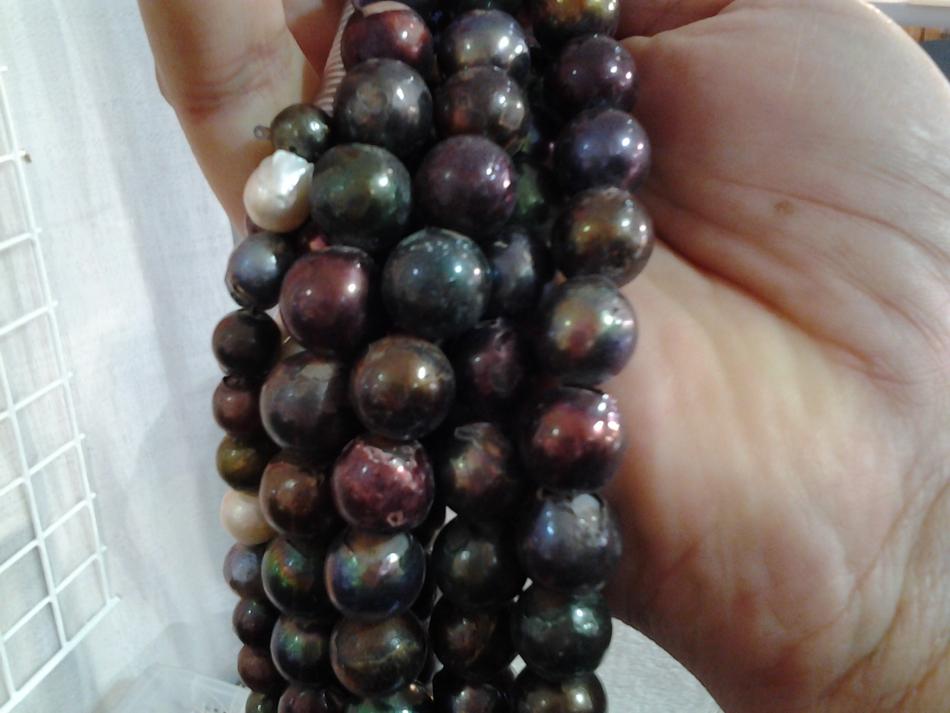 Coating a pearl to enhance its luster is not widely practiced and is greatly frowned upon. This coating is equivalent to a coat of clear nail polish. Although the luster may appear to be fine, the coating may eventually chip or peel, leaving a low-luster pearl visible beneath the surface.

This is a treatment to watch for, as dishonest pearl dealers have passed these pearls on to unsuspecting consumers in the past.


How to Detect Pearl Treatments

Although nearly all pearls on the market today have been treated in some way, it can be difficult to detect pearls treated to change color.

One method of detecting dyed or irradiated pearls is to check the matching of the strand. A strand of natural color pearls will typically vary slightly from pearl to pearl. A perfectly consistent strand may be evidence of treatment.

By peering down the drill hole of a dyed pearl, one may also be able to see concentrations of color. This residue is left from the dying process.

When looking down the drill hole of an irradiated pearl, one may be able to detect a darkened nucleus. This is strong evidence of gamma-ray treatment.

Another -easy method- is by just looking at the pearls and detecting their clearly unnatural coloration: lemon-green, pink-red, cobalt-blue pearls are not normal colors! 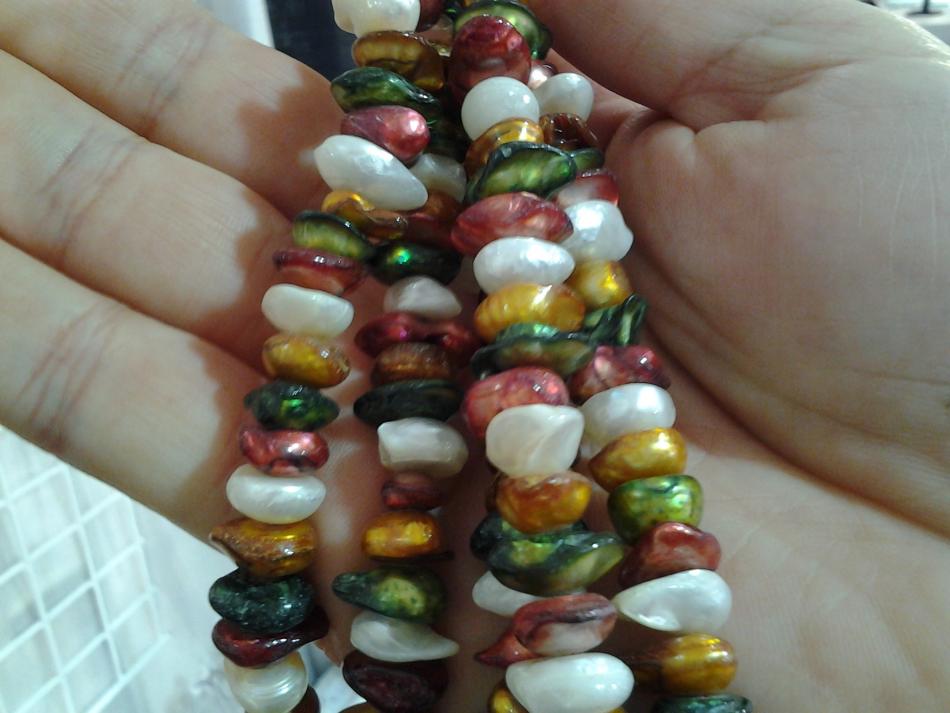 How to Detect Luster Treatments

Luster treatments are much harder to spot. The most basic method, however, is to compare an untreated strand with the suspect strand under at least 50X magnification.