Blister pearls are probably the first variety of pearl product ever encountered by Humans. In Nature about one out of every 10 thousand mollusks will yield a natural, non-attached pearl (an actual pearl) but in the case of Blisters this number increases dramatically. Unfortunately, most of these blisters are not that shapely nor comely so they are never used, but those that were attractive were used for beautiful and unique settings.

There are three different kinds of Blister pearls, that we will distinguish by their origin: 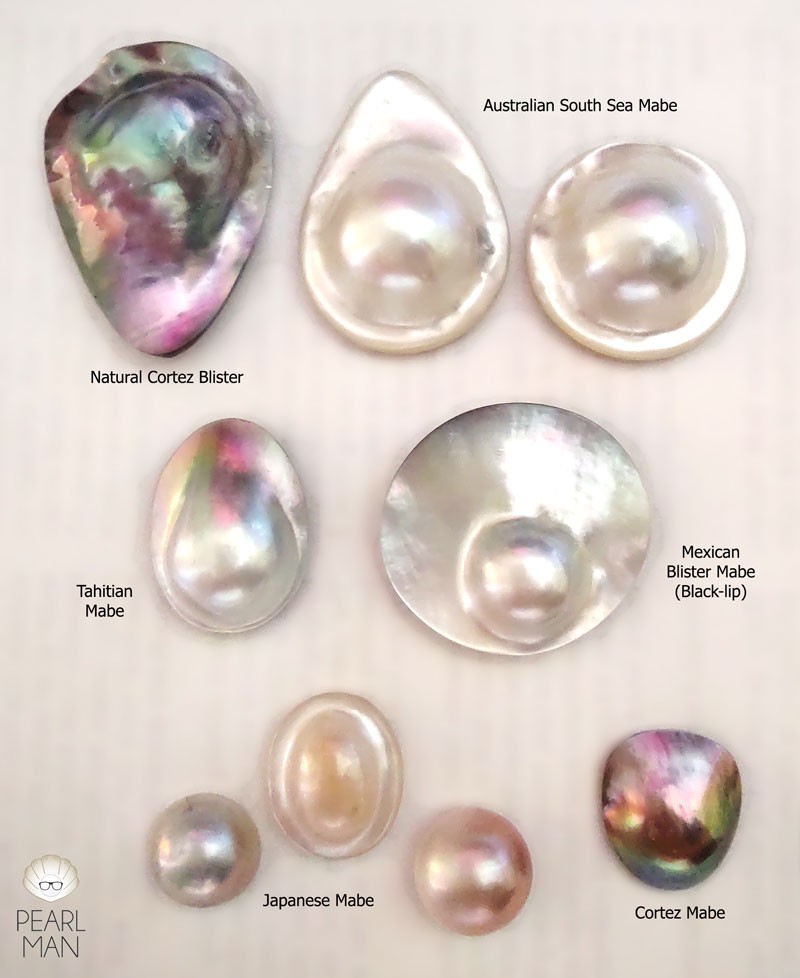 A. Natural Blister Pearls
Blister pearls are probably the most common type of natural pearl you can encounter. They are formed directly on the mollusk’s shell due to the animal’s natural ability to respond to an external threat (usually a boring mussel, drill worms, sponges, crabs, snails and even fishes) by coating this threat with shell. 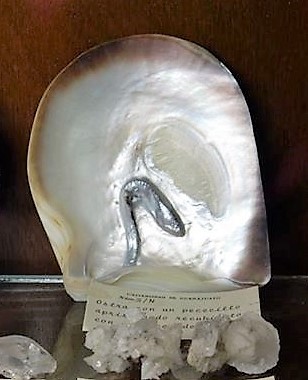 An unusual natural blister pearl on the shell of a Mexican black-lip pearl oyster. The pearl covers a “Pearl Fish” (Carapus dubius), and what it lacks in beauty it packs in rarity. Photo courtesy of Benjamín Arredondo, taken at the Mineral & Fossil Museum of Zacatecas, Mexico.

The name “Blister” is due to the fact that these pearls will look just like a blister on your skin: a somewhat flat surface (your skin) and a “bump” (the blister) on it. When fishermen found one of these blisters, they would take it to a potential buyer who would have to inspect it for:
Once it was agreed that it was worth processing, it would first be cut or removed from the mollusk’s shell and additional processing would be performed on them, depending on the period, technology available, and the person performing the process. Because the intruder that caused the blister was a living animal, it would sometimes decay and rot, leaving a foul ooze inside the blister. To avoid the smell, the jeweler would clean the inside of the pearly dome but would end with a hollow. To avoid this, they would fill this void with wax, molten lead or clay, and then the shell would be reattached.

Photo of a Natural Blister Pearl that has been processed and is ready to be used.​

Today, natural blister pearls are processed by filling their hollow dome with an epoxy resin, just like with the modern cultured Mabe pearl.


B. Pearl Blister (or Chicot)
These rare pearls can have both a natural and cultured origin. These pearls originate when a natural or a cultured pearl has been dislodged from its pearl sac, it falls next to the inside of the pearly shell and then becomes attached to it. The mollusk’s mantle will then cover the pearl with nacre and attach it to the shell, and eventually it will become almost indistinguishable from a Blister pearl: a pearly dome on a shell. What makes these pearls special is that they can be freed from within the dome. 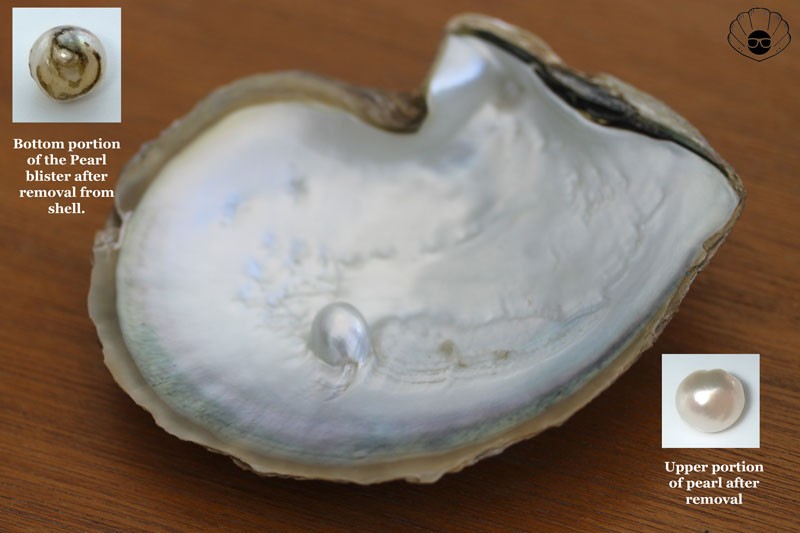 Photo of a Black-lip pearl oyster (Pinctada mazatlanica) with a Natural Pearl Blister pearl. When these pearls are “detached”, they will usually display a unique “ringed” marking where the pearl and the shell met. 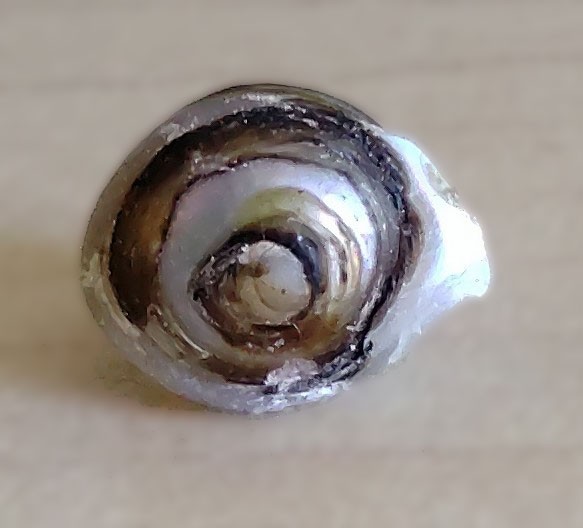 A cultured pearl blister pearl (Chicot) that has been detached from the shell, showing the typical markings of the union between the pearl and the shell. The identifying markings resemble concentric rings with brown markings.


C. Mabe (Cultured Blister) Pearl
The story of cultured blister pearls goes back as far as 8th Century China, when Buddhist monks would use freshwater pearly mussels to grow these “Pearly Buddha” images that were highly prized and could even be used to pay taxes with. 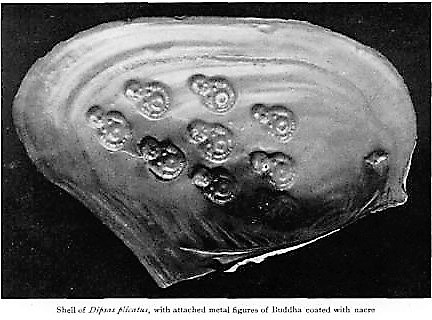 But it was not until Kokichi Mikimoto began culturing his first experimental pearls in Ago Bay, Japan, using the Akoya pearl oyster when these pearls really made their debut in their world. Mikimoto’s first pearls were hemispherical; today we would call them “Akoya Mabe” pearls. He would then cut them from the shell and then join two halves together to make a “whole pearl”, and although this technique was quickly abandoned it gave others the idea of culturing blisters commercially.

The trade name “Mabe Pearl” derives from the Japanese name for a species of pearl oyster: “Mabe-gai”. The Japanese refer to this variety of pearl as “Hankei” and only use the name “Mabe” for the cultured blister pearls that are produced by the “Mabe gai” pearl oyster or Pteria penguin.

View attachment 640px-Pteria_penguin_01_by_Line1.jfif​
A “Mabe-gai” shell with a two cultured blister pearls attached to it. Photo by Liné1, source: Fileteria penguin 01 by Line1.JPG - Wikimedia Commons
​
Up Next: The Culture of Mabe Pearls​
Last edited: Oct 4, 2021
Click to expand...