The pearl harvest is the pay-off for years of investment and arduous work. The harvest most-often happens during the winter months as the host mollusks' metabolism slows and nacre platelets become thinner as deposition decreases. This has proven to increase the luster upon harvest. 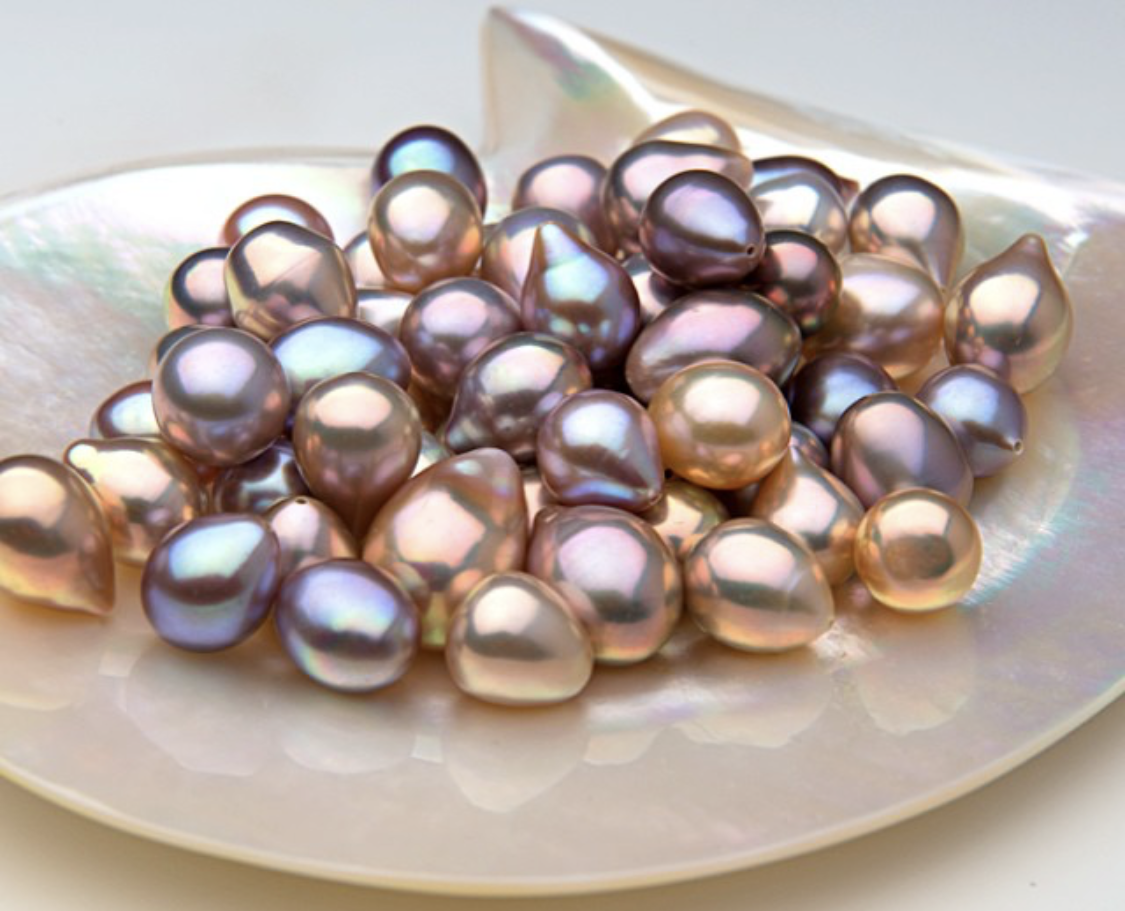 The longer the pearl producing period, the larger the pearls become and the thicker their nacre coating is.

In the specific case of Cortez Pearls, these are harvested at the very start of Summer, when water temperatures are about to increase, and this is done to give them deeper colors, since these show up with increased metabolic rate of the oysters.

The actual harvest begins when the pearls are brought to shore from the pearl farm. The animals are extracted from their cages or taken off their culture ropes, then hand-cleaned and packed in boxes.

The pearl oysters are then opened individually, and the pearl or pearls are extracted. In the case of akoya oysters and freshwater mussels, the shell and meat are discarded or used for another purpose. Some shells have great value for the mother-of-pearl industry and some meat cannot be used because of foul taste or since filter-feeders are great bio-accumulators and can store pesticides, heavy metals, and other toxic substances.

South Sea and Tahitian pearl oysters and some freshwater mussels, however, are harvested in much the same fashion as the nucleation process. These mollusks are opened very slightly, and a wedge placed in between their shells, then the pearl technician uses special tools to extract the pearl and a new nucleus is placed into the pearl sac. These mollusks then go back into the farm to grow yet another cultured pearl for a "second harvest" and this process can be repeated a third time. After the third harvest, the mollusks are harvested alongside the pearls.


There are two kinds of pearl mollusks, according to their longevity: Long-lived mollusks may be used to produce several pearls by means of re-grafting, but the short-lived ones not: the latter will die before a second pearl can be harvested.

In the case of pearl oysters, their abductor muscle is considered a delicacy! This meat is similar to "scallops" meat and is sometimes referred to as "pearl meat".

Pearls are then Cleaned

After all the pearls are harvested, they are then cleaned of mucus and grime. This is usually done by placing the pearl under a hose with running freshwater and kept in a mesh sieve to avoid losing them.

The pearls are then pre-sorted. This means that the "bad pearls" (called "shiratama" in Japanese and meaning "those that cannot be used") are discarded or separated, and the "commercial grade" pearls are then sent to processing.

This processing may be minor processing or more intense, depending on the pearl farm and pearl variety. The most basic processing is performed on South Sea, Tahitian and Cortez pearls: Pearl Treatments

After the pearls have been cleaned, they will be sent to be polished and even enhanced. Akoya and freshwater pearls are routinely polished and processed. After these treatments, pearls sorted by quality and size categories. Many of these pearls may then go through further treatment, depending on the type of pearl and the factory preparing the finished goods.

These are the common pearl treatments: What Determines A Good Pearl Harvest

A good harvest is determined by the number of marketable pearls produced in relation to the number of oysters that were nucleated.

The percentage of pearls that are considered high-quality will determine the success of the enterprise. On average, less than half of the pearls will be marketable, and less than 5% of these will be considered top-quality. 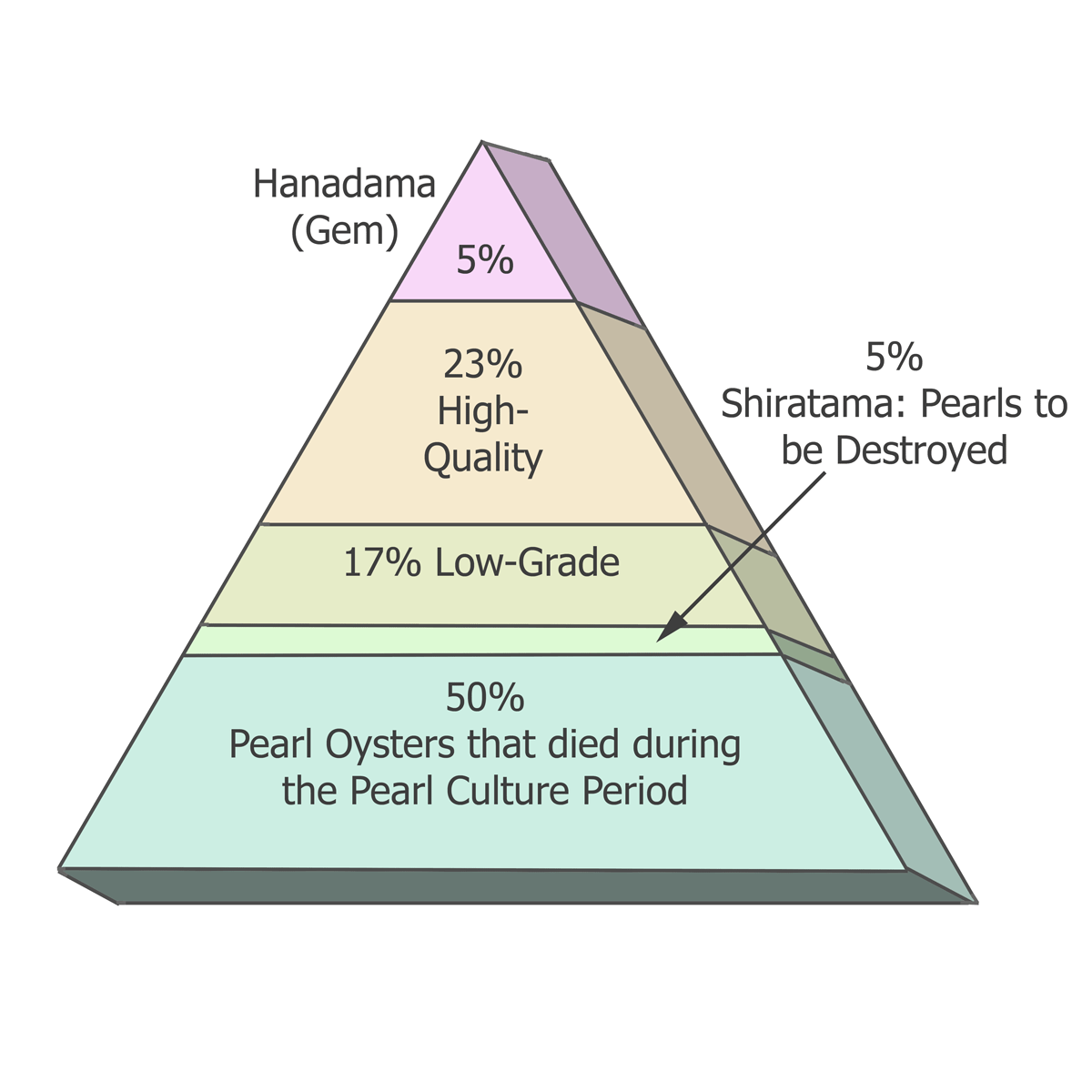