III. The Culture of Mabe Pearls

From 1908 to 1943, many Japanese entrepreneurs attempted -with mixed results- to utilize the “Penguin Shaped Pearl Oyster” (Pteria penguin) to produce both cultured blisters and whole cultured pearls. It all began with Sokichi Igaya on Amami Island in 1908, but his experiments soon closed. Jusaku Nakamura and Anami Oshima were more successful, but they always had problems securing enough wild adult pearl oysters for their farms. The main problem in this initial stage was the use of wild-caught adult pearl oysters to produce pearls, since wild-spat collecting was problematic. Pearl production came to a complete halt during the last world war.

After Second World was over other pearl farmers took over, amongst these was Kiichi Kozuka, but production was never high enough, again due to limitations imposed by the availability of adult and young pearl oysters, but also due to their unique anatomy. In the autobiographies of many of these men, they describe that the production of these pearls “…was a continuous nightmare” and this led to the use of the term “Phantom Mabe”, due to the elusive nature of this pearl variety.

It was not until 1965 when the production of laboratory raised spat of this species was possible and a nascent industry could begin. About a year later, ten companies began with the production of cultured blister pearls all banded under the “Mabe Pearl Promotion Association” led by Tasaki Shinju’s President: Shunsaku Tasaki. But it was not easy for these pioneers: by 1967 the Association was disbanded but Tasaki Shinju carried onwards. Their hard labor finally paid off in 1975, with an abundant production of high quality, rainbow-like Mabe pearls…the era of the rare and elusive “phantom pearl” had finally come to an end.

The Mabe-gai pearl oyster is being farmed in Japan, Australia, Philippines, Indonesia, China, Thailand, Vietnam, and the Kingdom of Tonga. Pearl farming operations are similar to other marine pearl operations, with a complete pearl culture period of 5 to 6 years for the production of Mabe pearls, although many operations have reduced the pearl culturing period to just an 8-month timeframe to ensure better shapes and reduce farming costs, thus effectively reducing the complete pearl culturing period to just 3 to 4 years. 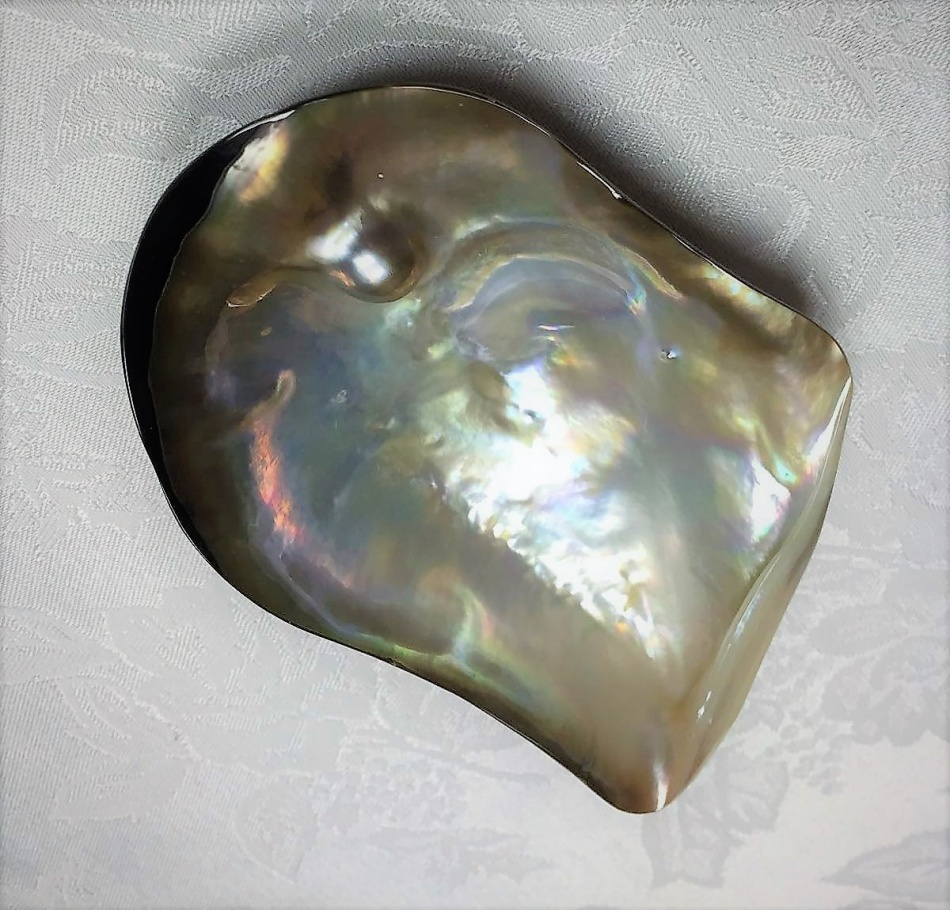 The economic importance of Mabe pearls declined significantly during the late 1980s as the production of Chinese freshwater tissue-nucleated pearls and of saltwater cultured pearls expanded to other regions. Very few Mabe pearls are produced from Pinctada species and Australian production of Mabe pearls using P. maxima has almost ceased to exist. But, in many developing nations there is still quite the interest in producing Mabe pearls since this process is simpler and less costly than that for round pearl production and their production allows for a quick income in coastal communities.

Many other species of pearl oysters are also used to produce Mabe pearls, and although not being produced with the “Mabe-gai” (Pteria penguin) oyster, they will bear this same “Mabe” name, but using a prefix such as “South Sea”, “Tahitian” or “Cortez” to distinguish them from the original Mabe pearl.