My Visit to Atlas Pearl farm in Bali

In December 2016 I won the drawing for the trip of a lifetime. It was for a visit to Bali Indonesia to visit the Atlas Pearl farm. Many thanks to Atlas Pearls, Jeremy Shepherd of Pearl Paradise for making this trip a reality for me and my husband.

Thank you also to everyone who has worked so hard on the Pearls as One on-line course from the CPAA. In order to be in the drawing I had to be an active member of Pearl Guide and also be a new certified pearl specialist. I completed my CPAA certification about a month before the drawing.

After I won the drawing we selected a date to visit Bali in early May. This is during Bali's dry season, and before the most crowded tourist season of July and August. Bali is a popular destination for Australian tourists. I worked with Lexi Drygan of Atlas to set up our itinerary in Bali. We are an older couple, so we focused on tours and culture rather than the vigorous water sports that are very popular in Bali. I worked with Jeremy at Pearl Paradise to finalize our flight arrangements in March. The very busy Jeremy was literally simultaneously making plans for the PP Mothers Day Sale and our Bali flight itinerary at the same time! Thank you, Jeremy. And, thank you, Lexi.
Last edited by a moderator: Mar 11, 2022

Atlas Pearls has several pearl farms in Indonesia. Their pearl farm in Gerokgak, Buleleng Regency, Bali near the town of Pemuteran in North Bali was selected for this trip because it is relatively easy to get to. Once we were in Bali, you can drive to the farm. No helicopter or long boat rides necessary. I had my fingers crossed that we could actually see some of the farm operations, but it would depend on the weather and seas on the day of our visit. We were in luck. Pearl Farm visit day was clear with relatively calm seas. 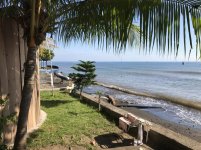 Oh Red, How beautiful! Looking forward to your diary!

But, let's back up a bit and go over how we got to the Atlas Pearl farm in North Bali.

After months of planning and consulting guide books and working with Atlas Pearls, we came up with a five-day itinerary for the Atlas portion of our trip. My husband and I decided that since we had never been to Asia or to Bali, that we would extend our stay in Bali for another week after the Atlas portion was complete. Following suggestions from Altas we flew into Bali and were met by a driver from the hotel. That evening we met with Maryse, who is in marketing at Atlas who went over the plans for our trip with us in person. Maryse also gave us copies of some of the gorgeous Atlas Pearl ads. Her ad is on the back of the May 2017 issue of Now! Bali magazine. Maryse was also wearing some beautiful Atlas pearl earrings. I don't have a photo of her earrings because it was dark by then. But thank you, Maryse, and congratulations on your ad making the back cover of Now! Bali. (This is my scan of the magazine back cover. Any flaws in the perfect skin of their model is due to my less than perfect scanner.) 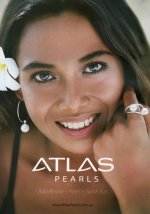 The following morning we met Lulu from Atlas Pearls and Apong, our driver for the next four days. The hotel for our first night in Bali was near the airport in South Bali. The second day was a drive from South Bali to North Bali. Here are Lulu and me as the driver puts our luggage into the car for the drive north. I'm pretty excited, as you can tell. 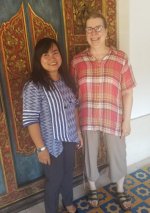 Along the way Lulu answered our many questions about Bali. Lunch was at the magnificent Secret Garden in central Bali. I admired Lulu's beautiful pearl earrings, and this time a got a photo. Following lunch there was a tour of a soap making operation there at the Secret Garden and a coffee tasting. Both were quite fun. 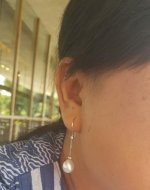 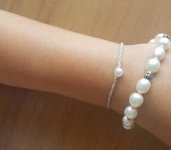 My husband and me in front of the Secret Garden and a look at the garden where we ate lunch. 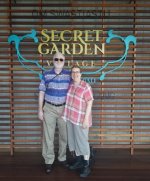 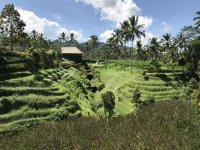 Preparation of the different coffees for the coffee tasting. By the way, ordering "Bali coffee" at the hotels got us a wonderful American style coffee for breakfast. Wonderful in that the coffee is excellent. 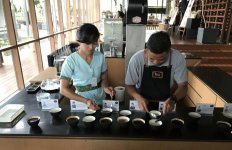 I can't wait to see and read the rest of the story!!!

After lunch and our tours at the Secret Garden, Lulu returned to South Bali, and Apong, my husband and I continued our journey to North Bali. Along the way we stopped to take pictures at some beautiful and popular lakes in central Bali.

Me with our driver Apong at the side of the road. 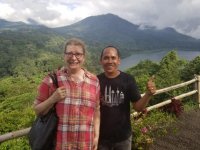 Then I got brave and climbed this photo platform. Apong took my picture as my husband took our picture. 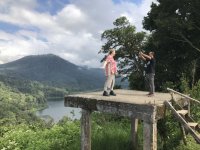 And, here is the picture of me by Apong. Good job, don't you think? 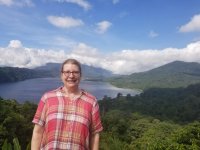 Our final stop of the day was a tour of the Hatten Wines in North Bali, where the vineyards are for making Bali wine. We had a tour of the vineyards and then a tasting of their wines. My husband picked a favorite to purchase. We ended up drinking that bottle of wine on our last night in Bali. 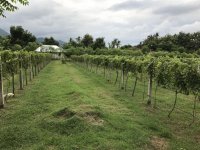 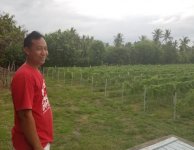 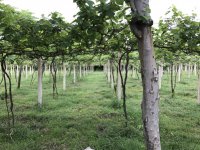 What a wonderful trip. I can't wait to see more.

Finally, we reached the magnificent Matahari Beach Resort and Spa in northwest Bali in the town of Pemuteran. This is a magnificent resort and was our home for the next three days. Later in our trip, when we would be asked where we had been in Bali, when we mentioned the Matahari and Pemuteran, there would be knowing oohs and aahs. Permuteran and North Bali is considered the unspoiled and less crowded, and incredibly beautiful part of Bali. Thank you again, Atlas Pearls.

One additional comment about Bali. The entire island smells perfumed. I wondered at first when I saw fresh flowers scattered on the paths of the Matahari, if some gardener was busy putting flowers on the paths. Then I realized they were falling continually from the trees, and in fact, the gardener spent his days sweeping them up.

The photos show the Matahari gardens, me checking my e-mail in front of our bungalow, and a chess set on the beach. (My husband, who is a nerd, pointed out the incorrect positions of the chess pieces, so I know. We didn't switch them around just for a picture.) 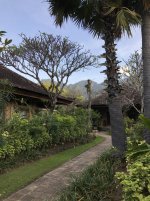 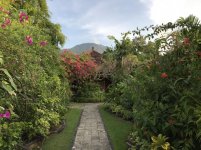 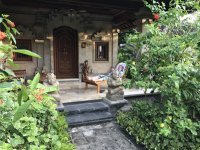 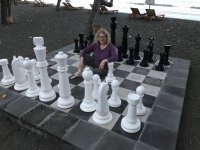 Thank you, Marianne, amti, and BWeaves. It was a wonderful trip. I will continue posting after lunch. Next up is the trip to the Pearl Farm.

Really enjoying following your trip with you Red! Bali looks like a piece of paradise; thank you for sharing such a detailed report. I can only imagine the pearls

That "bungalow" looks spectacular! What a wonderful photo essay of your trip...can't wait for next installments.
http://www.oceanscovejewelry.com
Instagram: Ocean's Cove

Oh, Red! This is marvelous ... what a gorgeous place, and what lovely photos, SIGH ... So happy for you and your husband; greedily looking forward to more photos
Cathy

Love the stories and the photos Red, thank you. Keep them coming!
K

Wow , love these photos ! What an amazing trip and more to come !! My son and his partner are heading over in just 2 weeks so I'm going to tell them to read this thread ! Great story and fabulous photos !
https://www.instagram.com/pearlzaustralia/?hl=en
https://www.etsy.com/shop/pearlzaustralia