Abalone (or “Ear-shells” as they are sometimes referred) are not pearl oysters at all; they are, instead, an ancient group of marine “snails” known as Archaeogastropoda (Ancient belly-crawlers). Because they are snails, they move about their environment, living on rocks and grazing on brown seaweeds (kelp). Another interesting difference with pearl oysters is that these animals have a temperate water affinity: they prefer cold waters, as opposed to pearl oysters that are mainly tropical or sub-tropical (warm waters). Many species of Abalone are long-lived (up to 53 years) and may reach large sizes, but they also grow very slowly. 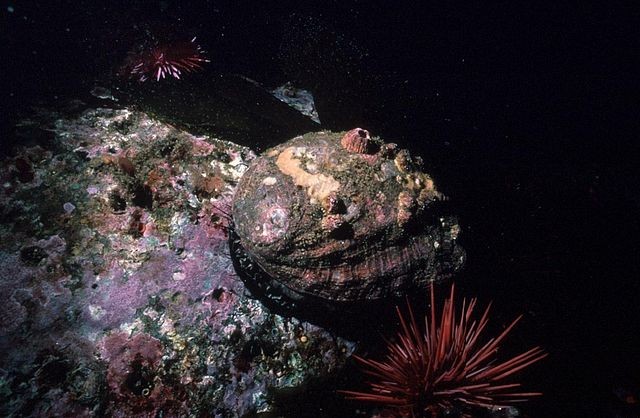 Abalone have been sought mainly for their delicate and priced meat, but their shells have mesmerized us due to their iridescent coloration, texture, and organic twirls. Their natural pearls (both blisters and loose varieties) have also caught our fascination, but the only variety that is able to be cultured is the Mabe, even when Abalone farms do exist in Japan, China, Taiwan, Korea, Australia, South Africa, North America (Canada, United States and Mexico), Chile, France, Iceland, Ireland, South Africa, Spain, and New Zealand. Of all these countries, the ones that have made attempts at Mabe pearl culturing are Canada, the United States, Mexico, and Chile, with New Zealand as the undisputed grower of Abalone Mabe pearls. 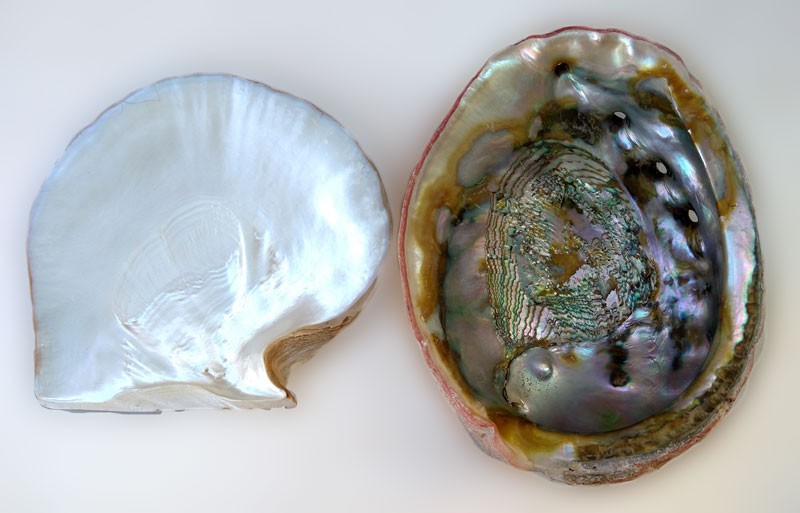 One of the major issues trying to grow cultured pearls on these snails is that they are hemophiliacs (they bleed to death, since they cannot clot their blood) and this makes loose culture pearl production nearly impossible, but Mabe pearl production does not involve cutting into any organ, thus the only alternative so far.

The beautiful shell of the “Blue Abalone” or “Paua shell” -as it is called in New Zealand- produces some of the most beautiful and colorful Abalone Mabe pearls in the world. Since 1984, farmed raised “Paua” abalone are grown in some 14 farms, but just a few of these will produce Mabe pearls: most are just abalone meat producers.

“Paua” abalone are produced from both hatcheries and wild-caught young abalones, under an extremely strict fishing quota system. The young abalone are placed in land-based tanks when young, being fed with a combination of diatoms (that will attach to strips of plastic), wild harvested kelp fronds and special “feed” made from algae. When larger (6 cm) they are transferred to special “barrel” shaped cages out on sea-based facilities and kept there until ready for harvest (12.5 cm).

Mabe pearls are usually grown in wild-caught abalone (measuring 12.5 cm, this being the legal harvest size for this species), and after being implanted, they are kept in tanks for 2 to 3 years until ready for harvest.

The most important producer of “Blue Mabe pearls” is “Eyris Pearls” with five pearl farms located in New Zealand. Their abalone are fed exclusively with natural, live, seaweeds for optimal results, while kept inside special “culture barrels”. These “barrels” are kept suspended form aquaculture long-lines, kept near the surface by means of buoys. Fresh seaweed is placed daily inside these barrels so the abalones may feed from it. 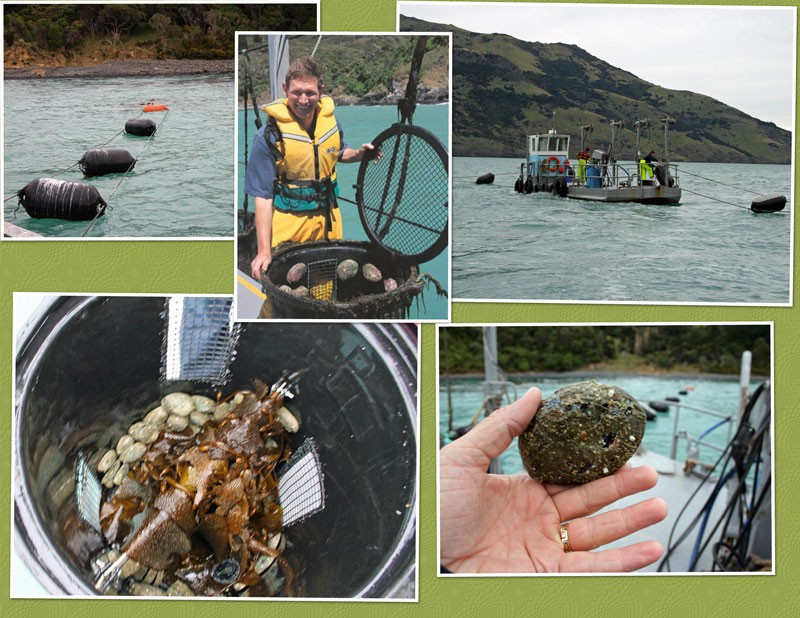 At an age of 18-months, the young abalone are taken to a lab to be carefully implanted, and then placed back in the farm for an additional 18 months. Paua abalone are usually implanted with two Mabe inserts, these are placed on the outer lip of the shell (away from the animal’s gonad) and always trying to avoid the foot’s large muscle.

At an age of 3 years, the abalone are ready to be harvested. They are taken out of their cages and individually harvested, separating the flesh from the shell. The flesh is refrigerated and sold for human consumption, while the shell is cleansed and taken to the pearl processing facilities. 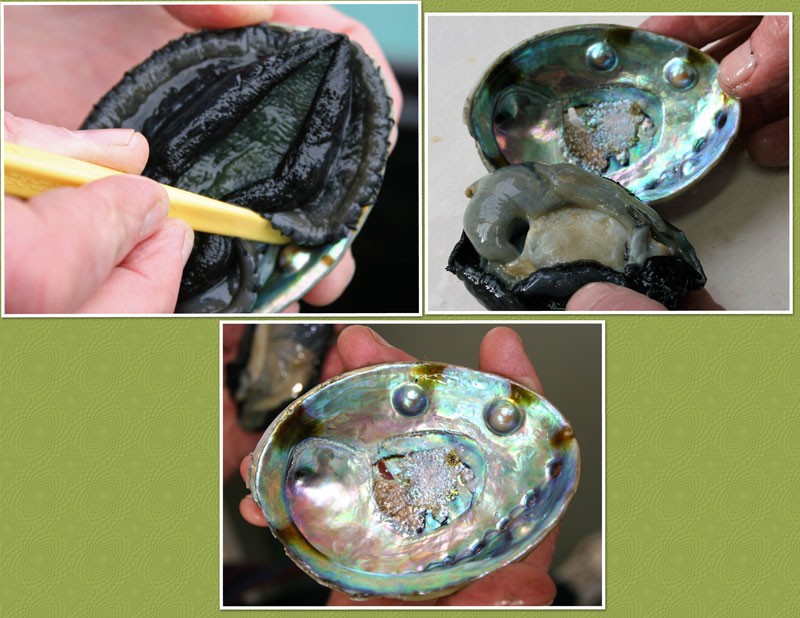 Paua Mabe pearls are processed in a similar manner as all other varieties of Mabe pearls: the Mabe blisters are cut from the shell, the back is separated from the dome, the hollow dome is filled with an epoxy resin and then a piece of shell is affixed to the back side. 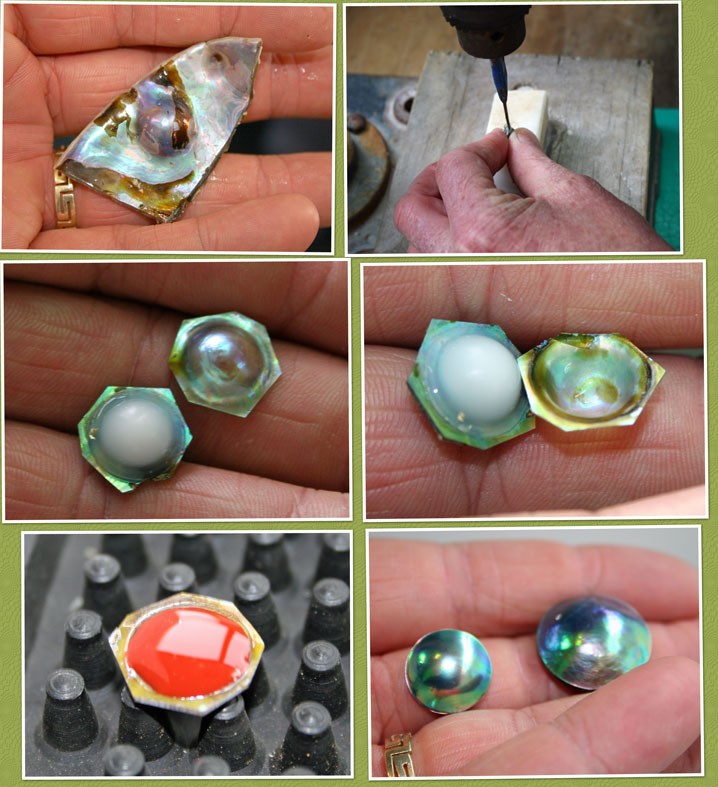 The colors of the Mabe pearls are strikingly similar to those of the shell, thus they display very attractive greens and blues, with shades of lavender. The Mabe pearls also share another trait of their host shell: the organic surface. Abalone shells are covered with protein deposits, “wrinkles” and pits, so most pearls will share these very same traits, it is something that is acceptable and normal to a certain point.

This species of Abalone is native to the Eastern Pacific seacoast, from Mexico’s Baja California coast to all the way up to Oregon, United States of America. This species is considered the best due to its large size and delicate meat flavor. 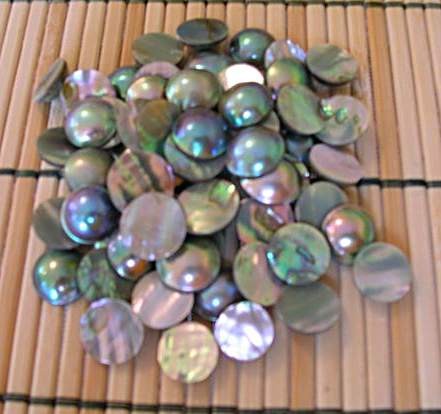 Sizeable quantities of natural pearls -both loose and blisters- have been found from this species have been obtained due to the demand for their meat and large fisheries, but the most important is now located in the Mexican State of Baja California. Due to the collapse of their populations (due to overfishing and environmental change) this species has now been targeted for Aquaculture production in Mexico and the United States, but also by Chile: this South American country introduced this species two decades ago into their coastline for aquaculture production and have established themselves as the largest producer of farmed red Abalone. A decade ago, they started their first trials at Mabe pearl farming and have made some progress. Mexican Abalone farmers started producing Mabe pearls back in 20210 to supplement their income but failed at producing a high-quality product and may no longer be under production, but it could resume in the future. 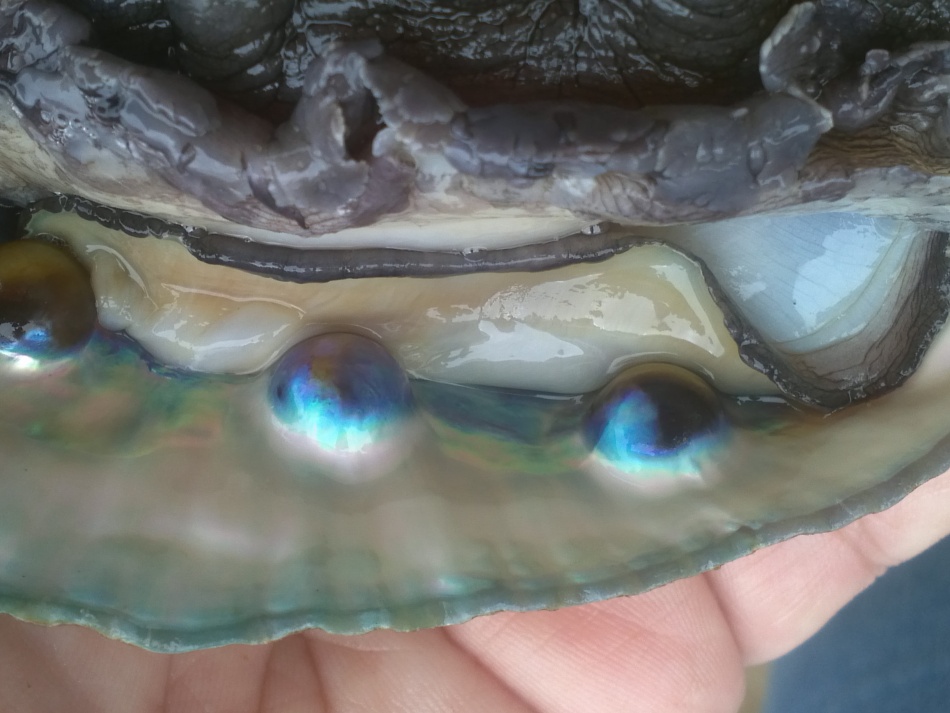 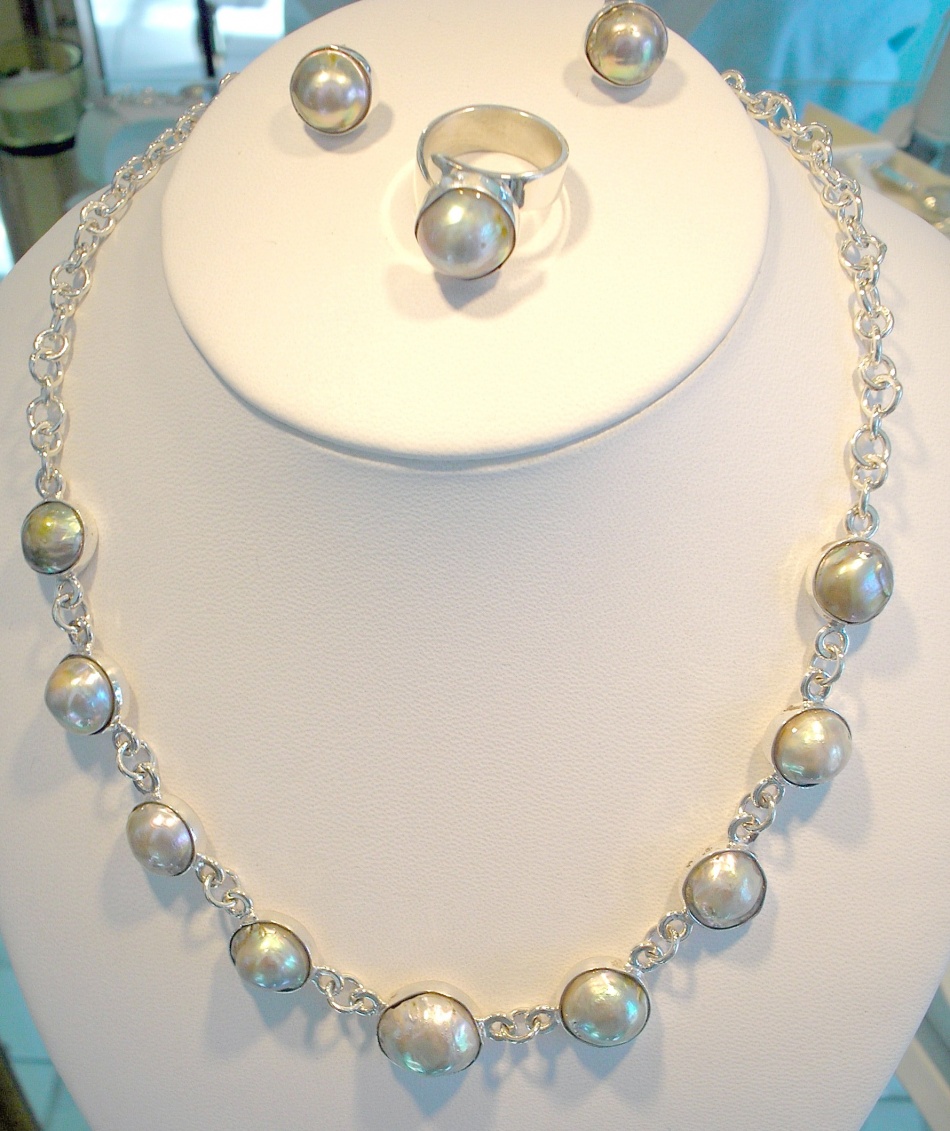 There is a possibility these pearls will become more available in the coming years.