I our last two articles we have explored the fantastic inner world of pearl oysters, and how they become not only a mother-of-pearl but also a protective womb for some rare and delicate species of crabs, shrimps and fishes. On this occasion we are going to explore how pearl beds are also responsible for protecting and harboring Life in the ocean.

When examining a live pearl oyster, you will notice it sometimes looks like an ocean rock: it’s covered with algae, tube worms, sponges, other mollusks and many other varieties of lifeforms. We know that a pearl oyster harbors life both inside its shell as well as outside, but when pearl oysters establish themselves in great numbers -what we call “pearl beds”- this effect is greatly amplified.

An example of this is something I was able to see about a decade ago with the establishment of small pearl beds in the Gulf of California, Mexico. There are at least two species of large “Sun Starfish” in this area, and they especially enjoy feasting on bivalves that grown on top of rocks or corals, such as Arks, mussels, edible oysters and -of course- pearl oysters. If the mollusk populations are small, the starfish populations will be in balance with their prey and will be rare to find. These species (Heliaster spp) were once very abundant in many areas of the Gulf, then they declined in the 1970’s and there was no recovery of their populations: fishermen would collect them for the tourist market and would fish out their food. The future was not very bright for these beautiful creatures.

But just a couple of decades after a pearl farm was started, the natural black-lip pearl beds began to proliferate in the area and -once again- these gorgeous predators returned and were relatively easy to find again. Just having their food source increasing and being able to live protected within a “no fishing zone” gave these 20-arm echinoderms an opportunity for a comeback.

Of course, some may argue that predators should not live in a pearl farm but in this particular instance a pearl farm is actually out of harm’s way from these bottom dwelling creatures, they have absolutely no way of swimming towards the protective mesh cages where the pearl oysters are safely kept in a farm. The only casualties will be the wild-grown mollusks that live were the new pearl beds have become established. 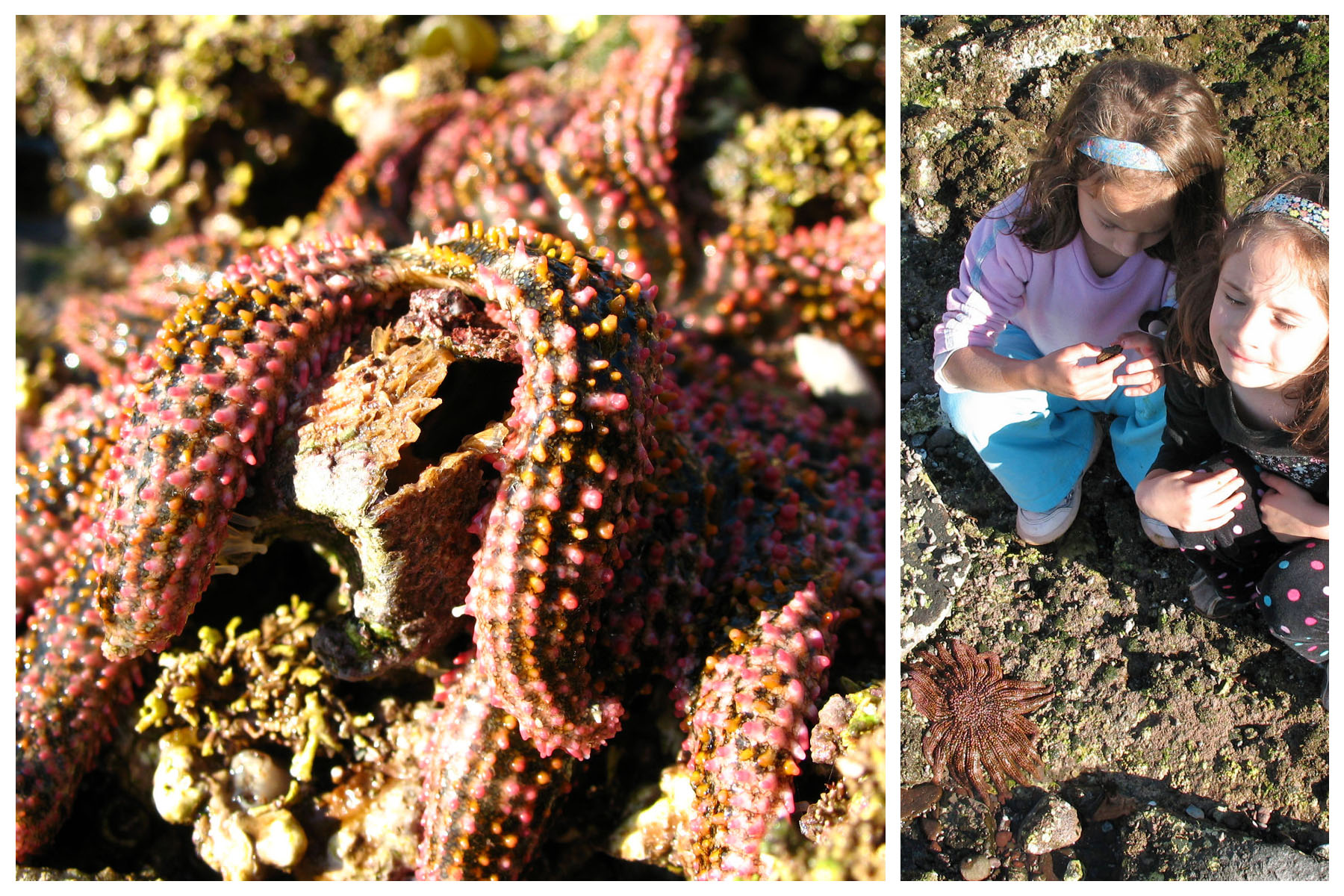