There are several varieties of commercially grown Mabe Pearls that can be found at jeweler’s displays or on online vendors, but many have become rare over the years. The three main sources for Mabe pearls today are: Far less common are freshwater cultured pearl blisters. The most important were the pearls produced by the Latendresse family’s “American Pearl Company” and that were recognized by their thick nacre coating and fancy shapes, trademarked as “Domé Cultured Pearls”. These are not under production today. 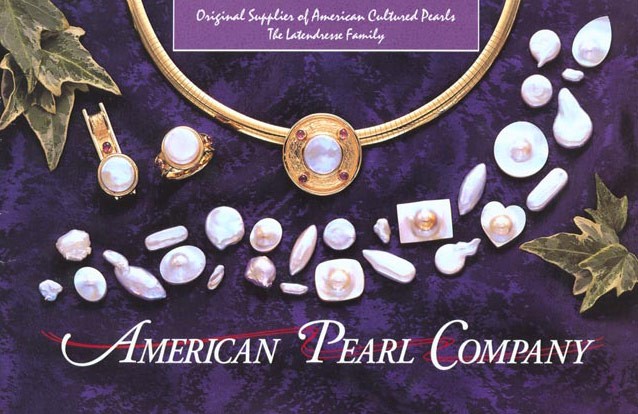 We will now describe the main characteristics of each of these Mabe pearls within their groups.

Under this group we have the original “Phantom Mabe” produced by the “Black Penguin Wing Pearl Oyster” or Pteria penguin. These are grown today mainly in Japan, China, Philippines, Australia, Vietnam, Thailand, Tonga and Indonesia, but could also be found in other countries and have been grown experimentally or at a pilot stage in places such as the Solomon, Mayotte, Maldives and Seychelles islands and New Guinea.

Penguin Winged Pearl Oysters (Pteria penguin) attached to a fan coral in the Maldives. Photo by Julien Bidet for MDC Seamarc - The uploader on Wikimedia Commons received this from the author/copyright holder., CC BY-SA 4.0, https://commons.wikimedia.org/w/inde...curid=36172343

These pearl oysters are usually found associated to fan corals in deeper, colder waters. The largest specimens may grow quite large, with sizes up to 30 cm (12 inches) in diameter, which is slightly larger than that of the “silver lip pearl oyster”, although their shells are much thinner, and the animals are less heavy than the black, golden, and silver lipped pearl oyster varieties (genus Pteria).

Thanks to Japanese pearl producers, the pearls of this species are known for their iridescent shells with silvery blue to golden toned colors and their perfectly calibrated hemispherical shapes; but lately, other producers have used it to produce assorted shapes and unusual colors. 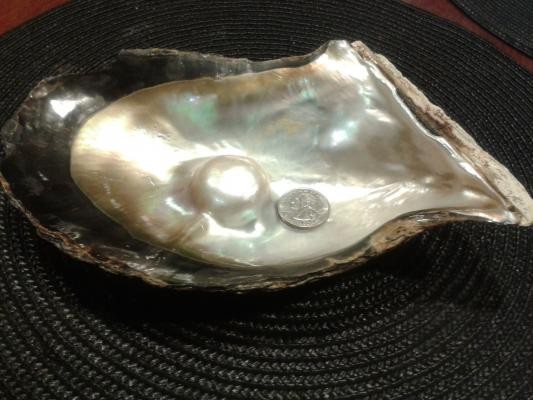 Mabe pearl implant takes place when the pearl oysters attain a size of 20 cm in diameter, at an age between 3 to 4 years. After 8 to 24 months the animals can be harvested for their pearls. Harvesting takes place during winter, to allow for better luster.

The reason for the perfect shape of the Japanese Mabe is due to three reasons: